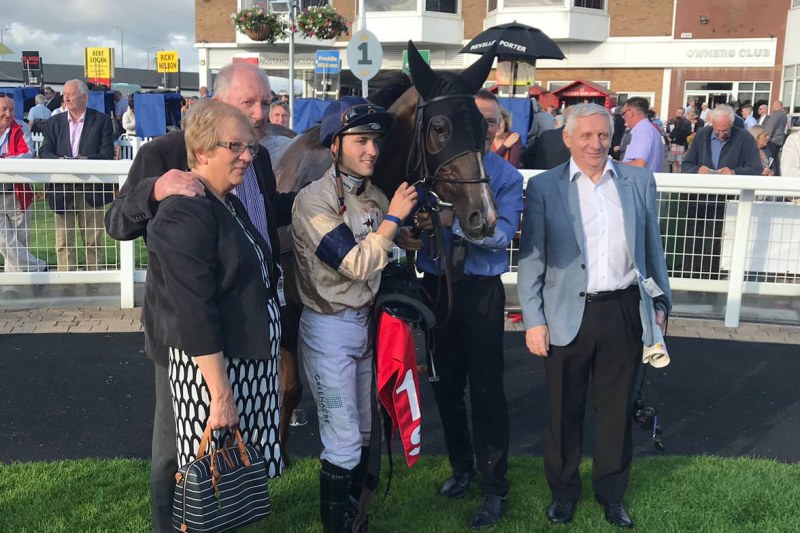 There is no doubting that one of the success stories of the season is turning out to be Dandy’s Beano.

The pocket rocket is all heart and produced a typically game display at Ayr on Saturday evening when making all the running under Kevin Stott.

She’s what owning a racehorse is all about and Dandy’s and Kevin have worked up a great understanding this year – the pair have now won three of their last four races.

There was a familiar feel to Saturday’s race with Dandy’s jumping out positively under Kevin before making all the running at a good gallop. Challenged seriously by an in-form rival in the closing stages, Dandy’s stuck her neck out in determined fashion to secure her fourth win of 2019.

After winning her last two race on Newcastle’s tapeta surface, this win on heavy ground proved the versatility of Dandy’s Beano, who is tough and hardy and absolutely thriving in the care of Kevin Ryan.

The success completed a double for our horse racing syndicates on Saturday after the earlier success of Spiorad at Redcar.

We’d like to say a big well done to all Dandy’s owners in her horse racing syndicate but especially to Roger and Gordon, who are owner in both Dandy’s Beano and Spiorad.

Not a bad day’s racing chaps! 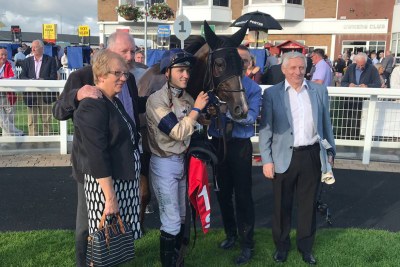