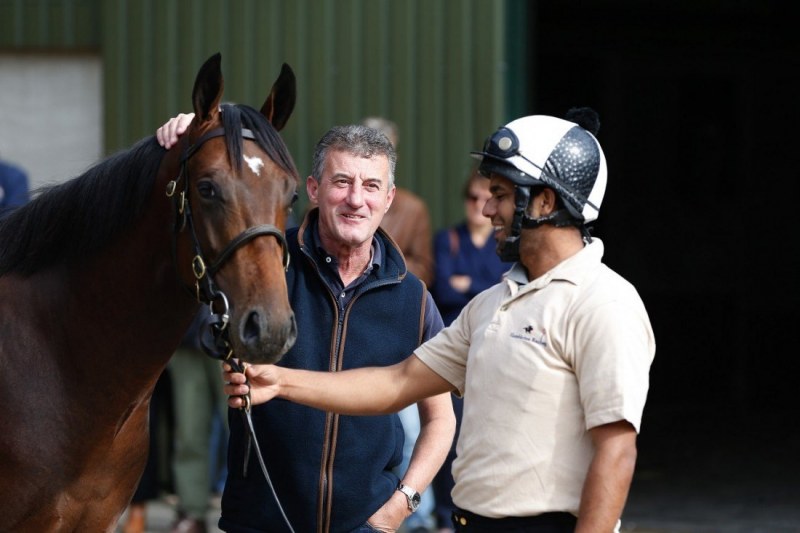 The tide has turned this year at the breeze up sales. It’s been much harder work for those selling the two-year-olds that breeze for two furlongs with fewer horses selling and sales averages down.

This is particularly true in the middle of the market which is great news for us at it means more horses will be accessible when Kevin and his team finalise their short list for the Goresbridge breeze ups later this month.

Not that Kevin needs any help to find us winning Breeze Up graduates. His last seven such purchases have all won. That's right, seven.

Kevin and his shrewd bloodstock team will once again attending the sale on our behalf, bidding to once again return with a horse ready to win for our owners.

Last year Kevin purchased a daughter of Dandy Man for €20,000 for the syndicate and she has let nobody down. Runner-up on her second start, Dandy’s Beano went on to win really well on her fourth and final start last year. She made a very promising return to action recently when finishing a close-up third despite being slightly hampered.

That run has put Dandy’s Beano spot on for her next start, which will come at York’s prestigious Dante meeting in under a fortnight.

Kevin’s record with such horses speaks for itself and we’re currently reserving places in this year’s syndicate.

It's always great fun having a horse with Kevin. Will you be chipping in this year?

More details about our plans can be found on Kevin’s available horses page.