This strong, powerful colt looks another two-year-old winning in waiting for us with Kevin Ryan.

His pedigree has improved notably since he joined us with half-brother To The Bar looking a smart prospect in winning his last two starts by wide margins, earning a Racing Post Rating of 97 in the process.

Kevin absolutely loved him at the sales. He’s a powerful individual with plenty of size to go with his impressive physique and action.

The colt was personally recommended to Kevin by Brendan 'Blarney' Holland from Grove Stud. Kevin and Blarney go back a long way and Kevin has enjoyed some great horses from Grove following Brendan’s recommendations, most notably the multiple Group 1 winner The Grey Gatsby.

He’s by a promising young sire in Kodi Bear that Kevin rates highly and is related to some talented multiple winners with high ratings. A hallmark of the dam's progeny is they are generally tough and have a great will to win.

In short, the Kodi Bear colt looks every inch a quality two-year-old in the making. Strong and fast in appearance, he’s just the type of horse Kevin does so well with.

Kevin will be entering him for some of next year's biggest sales races such as the Weatherbys Super Sprint and Premier Yearling sales race at York's Ebor meeting, races we've enjoyed plenty of fun in before.

Some of our horses sell out without being listed on the website. To keep in touch with each new available horse you can register your interest to ensure you're the first to know about each opportunity.

Find out more about trainer Kevin Ryan and his achievements or request a brochure. 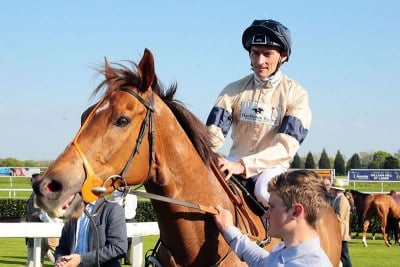