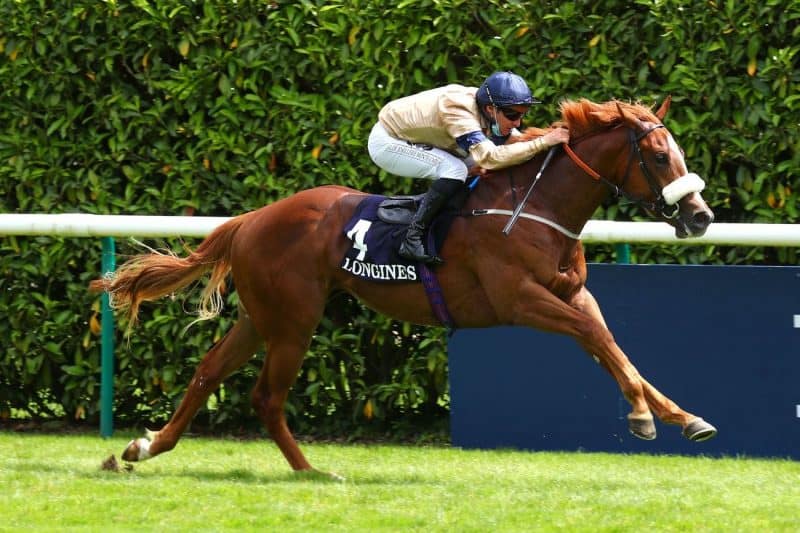 Atomic Force looks another bargain buy for our owners and a very classy two-year-old after his demolition of his rivals in the Group 3 Prix du Bois at Chantilly today.

The son of Cotai Glory cost just £22,000 at the yearling sales at Doncaster last year and is clearly a horse of proper quality after routing his rivals in his first Group race.

Already a winner for his horse racing syndicate after winning easily at Hamilton last month, Atomic Force showed he was a fast-improving two-year-old after dominating his rivals in this Group 3 from start to finish.

As push came to shove in behind it was notable Pasquier hadn’t gone for everything aboard Atomic Force. As soon as he did the race was effectively over as a contest.

Atomic Force was ridden clear from that point, routing a promising field of two-year-olds in the style of a very smart horse.

The son of Cotai Glory is proving another bargain buy by Kevin Ryan on our behalf and looks set to give his horse racing syndicate some very special days to remember going forward.

Further Group races will doubtless be on Atomic Force’s agenda in the future and he looks a very exciting individual for his horse racing syndicate to enjoy. 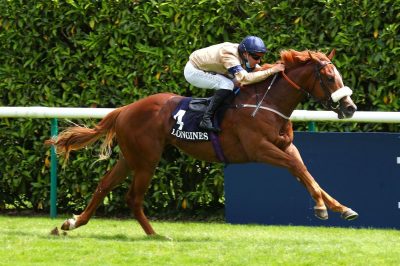