Sunday proved to be a fantastic occasion for Maystar’s horse racing syndicate as he travelled across the Irish sea to run in the Tattersalls Ireland Super Auction Sales Stakes.

This fixture at the Curragh formed part of the fabulous Longines Irish Champions Weekend and owners were delighted to see Maystar shine in Ireland in this valuable sales race.

As owners arrived at the vast expanse that is the Curragh in County Kildare, they were treated to excellent hospitality courtesy of Tattersalls Ireland who duly sponsored this ever-competitive race.

This excellent facility for owners was set in the Legends Pavilion which had a great view of both the pre-parade and parade ring itself, plus the horse walk both on and off the hallowed turf so everyone could see up close and personal the quality horses on show.

Upon entering the hospitality, owners were treated to complimentary welcome drinks and given access to the free bar for the entirety of the day. As owners gathered and the atmosphere built ahead of the first race, everyone was treated to a continual flow of the finest canapes served to the tables which included mini beef wellingtons, leek and truffle flans and chicken satay skewers that seemed to be a particular favourite.

With everyone well-fed and watered, attention turned to the high-class racing action on offer. This card boasted a real treat of four Group 1 races no less and the excitement really hit full steam as one of this year’s leading two-year-olds Pinatubo delivered a stunning demolition job in the Goffs’ Vincent O’Brien National Stakes over seven furlongs.

That only served to whet the appetite for what was to come in the form of the Irish St Leger, the final classic of the season ahead of the true crowd pleaser the Pat Smullen Champions Race For Cancer Trials Ireland, with nine former legends of the saddle set to go head to head.

It seemed only fitting that AP McCoy would register yet another success from the front in his customary forceful tactics, to the delight of the Irish locals who cheered their hero back into the winners’ enclosure to rapturous applause. Pat Smullen, himself a champion on horseback, presented the winning prize to AP and seemed not only pleased with the result but astounded at the generosity of those present in wanting to give support to his chosen charity.

For Maystar’s connections the fun was only just beginning as this powerful son of Mayson entered the parade ring taking it all in his stride in what was by now a truly electric atmosphere.

Jockey Hollie Doyle and trainer Archie Watson were in good spirits beforehand as they discussed tactics with his owners’ and everyone waited with bated breath as he made his way calmly to the start.

Once the race was underway, Maystar shaped with real promise and soon moved to the head of affairs travelling powerfully under Hollie. This attractive son of Mayson set for home and having looked the winner for much of the way, he was only caught on the line leaving him a whisker away from a big-race success.

Nevertheless, his horse racing syndicate members were jubilant afterwards for what was a career-best performance from Maystar on one of racings biggest stages.

In finishing second in this valuable contest, Maystar landed connections over £50,000 taking his career earnings to date to just shy of £60,000 in only four starts. It’s fair to say that is not a bad return already for a horse that cost only 35,000 euros earlier this summer and certainly highlights the shrewd eye for a horse Archie has when sourcing youngsters for us.

This result topped off what was a truly exceptional experience for everyone involved and his connections are eagerly anticipating what future plans Archie has in store for this talented two-year-old.

Wherever Maystar heads to next, his owners will have great memories of what was a day in racing that you felt truly privileged to be a part of. 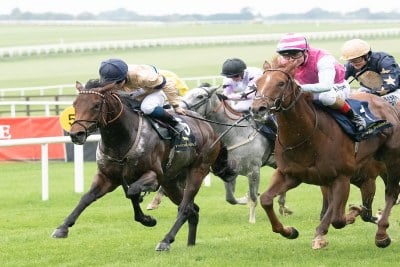 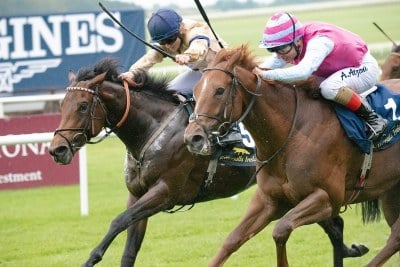 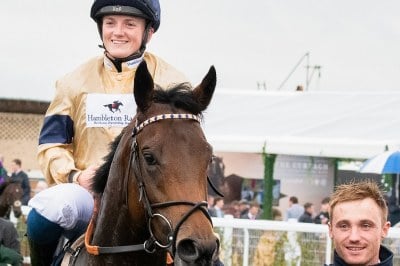 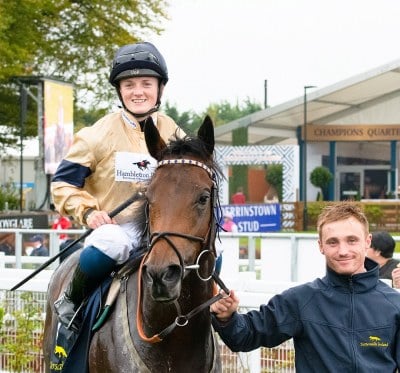