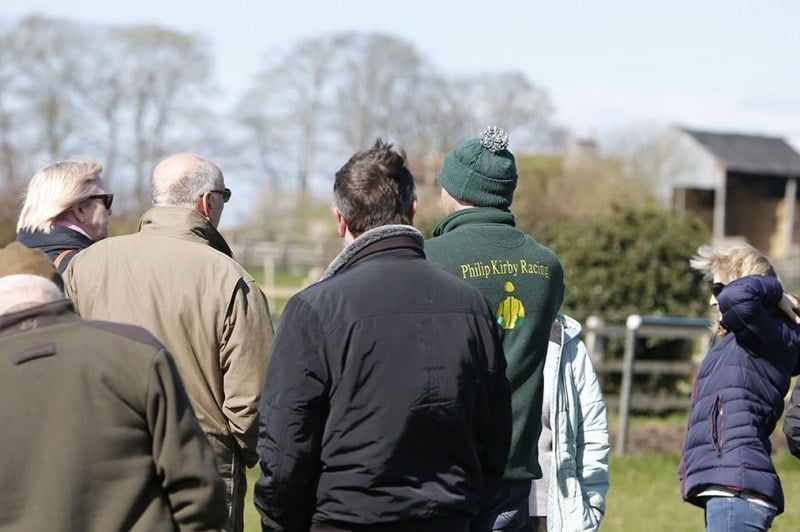 The sunshine was out in force for owners arriving in the Catterick area on Monday morning, as a new dawn beckons for Hambleton’s National Hunt string, now in the care of up-and-coming trainer Phil Kirby.

As owners gathered in the peaceful surroundings at Green Oaks Farm, they were treated to a glimpse of a very welcoming team, who are clearly set to go places at their ever-expanding new base.

Upon arriving at the yard, owners were treated to hot drinks and baked goods provided by our trusted supplier Rosie of The Drink Stop, who ensures that everyone remains well-refreshed.

As lattes were sipped and cakes enjoyed, owners were able to soak up the relaxed atmosphere of this idyllic setting, which includes panoramic views across the Richmondshire countryside.

Whilst owners waited to watch their horses exercise, Phil’s team quietly grouped in the large outdoor arena to give everyone a close-up view of the horses before heading out onto the gallops.

Phil ensured that everyone had a good vantage point to watch Thursday’s winner Whoshotthesheriff and Savannah Moon doing their routine canter work, basking in glorious sunshine. Both horses looked an absolute picture and they received many an admiring glance as they passed by effortlessly eating up the ground, as they headed up the gallop twice.

After exercise, owners were given the chance to see the horses at close quarters and they both stood on the grass posing for pictures, handled by Phil himself, showing his very much hands-on approach to training.

Once the complimentary photos were complete, everyone had chance to wander around the yard at their own pace meeting some of the current stable stars, including recent recruit and Grand National contender Blaklion and the people’s favourite, the ever-popular mare, Lady Buttons.

After leaving the yard, owners headed briefly north up the A1 to be treated to a two-course lunch at The Shoulder Of Mutton in Middleton Tyas. The delicious food was particularly well-received and there was much chat and laughter amongst the owners, to make for a most enjoyable first owners’ day at Phil’s.

Monday’s relaxed event proved very popular and with both horses likely to be in action again next month, there is much to look forward to for owners, both for next month and the rest of the year. 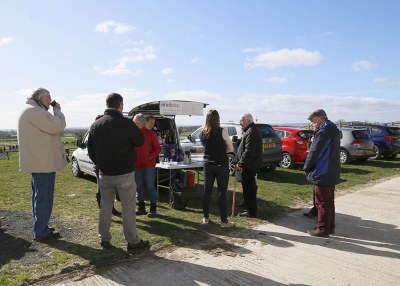 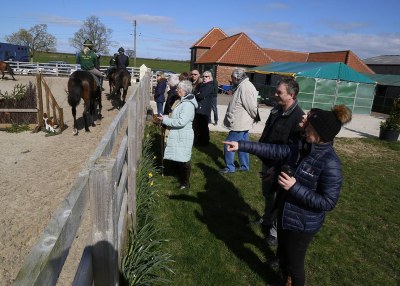 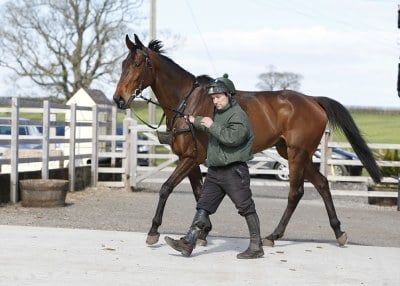 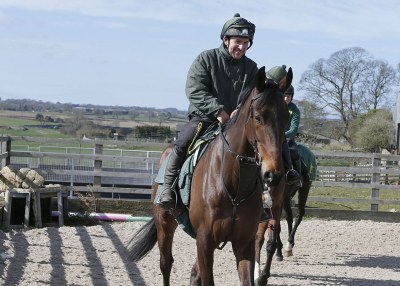 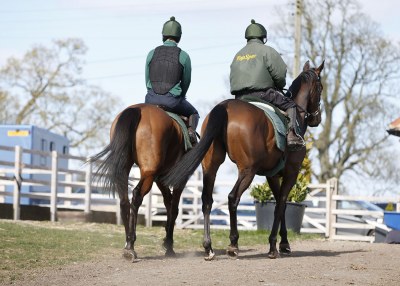 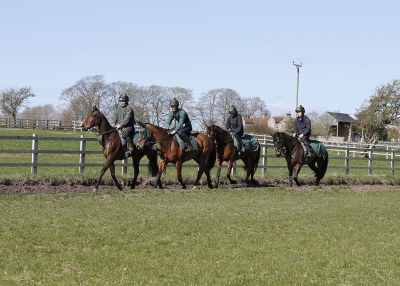 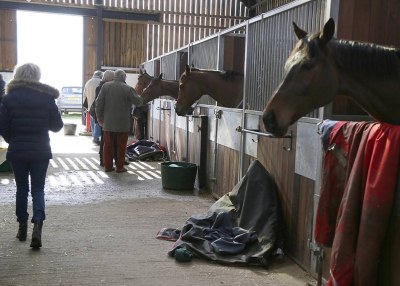 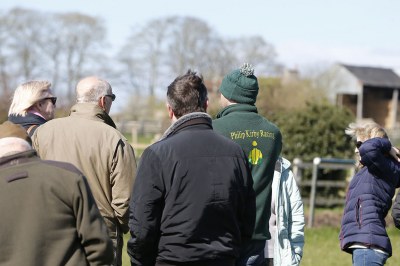 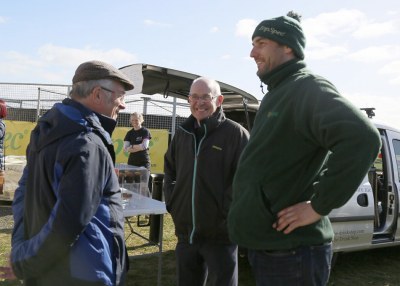 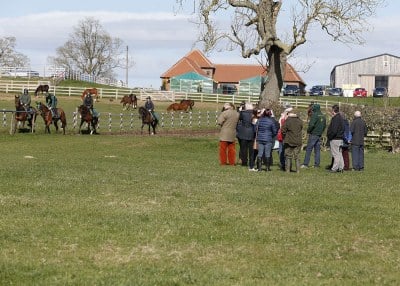 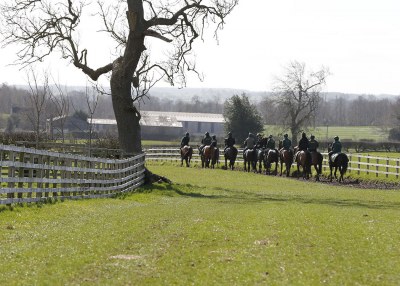