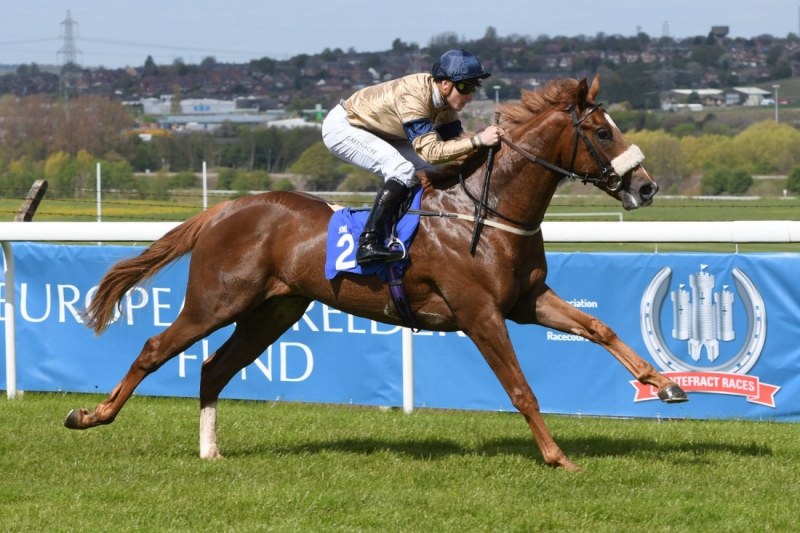 Pictures of a Dancer

The replay has been watched many times, and the good news is Celebrity Dancer’s debut win looks just as good as it did the first time.

The imposing colt, a £23,000 purchase by the ever-shrewd Kevin Ryan, showed an impressive turn of gear at Pontefract to quickly settle the race and make the perfect start for his owners.

The success certainly quickened the pulse of his delighted owners, who were beaming in the sunshine after the race after welcoming their exciting youngster back into the winners’ enclosure under Kevin Stott.

Entered in some notable sales races through the second half of the season, Celebrity Dancer has made the perfect start to his racing career and promises to give his owners an exciting ride throughout the rest of the season.

We’re delighted to now be able to bring you some pictures from Wednesday’s race.