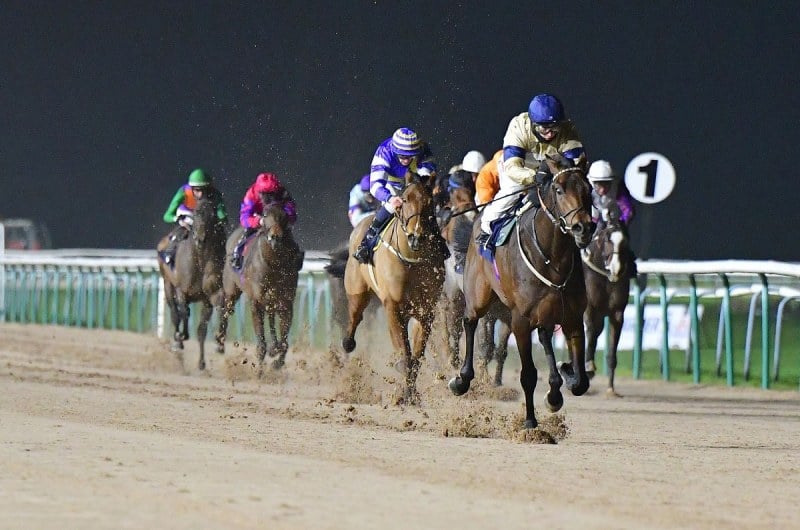 We have one runner in action on Valentine’s Day this Sunday as debutant winner Mehmento heads back to Southwell for his second start for Archie Watson’s Lambourn team.

He is declared to run in the Bombardier British Hopped Amber Beer Novice Stakes (3.50) over about seven furlongs, is one of five runners, drawn in stall five and Adam McNamara is booked to ride.

Mehmento has been in good shape at Saxon Gate since winning impressively on his racecourse debut and Archie has been delighted with his training at home since that opening effort. Having won over course and distance last time, Archie felt that this looked a sensible option for his second start and he is hopeful that if handling the surface riding a little deeper than usual, then he’s very much the one to beat.

On paper, Mehmento is likely to be a hot favourite though a couple of his rivals can’t be totally ruled out. Of these, Driftwood is a consistent type who has shown a liking for the track having raced there on all of her six starts. That said, she needs to take a step forward here and improve on her recent second placing there to pose a real threat.

Of the others, Prince Ali shaped with a little promise on his racecourse debut and is entitled to come on for gaining his first experience on the racecourse. Connections will be hoping he can build on that opening effort, which he will certainly need to here.

Mehmento seems to be in fine fettle ahead of this next run and Archie hopes that if reproducing anything like his recent performance at Southwell, then he should take all the beating in this race.

We’d like to wish all of his connections the best of luck for Sunday’s race.