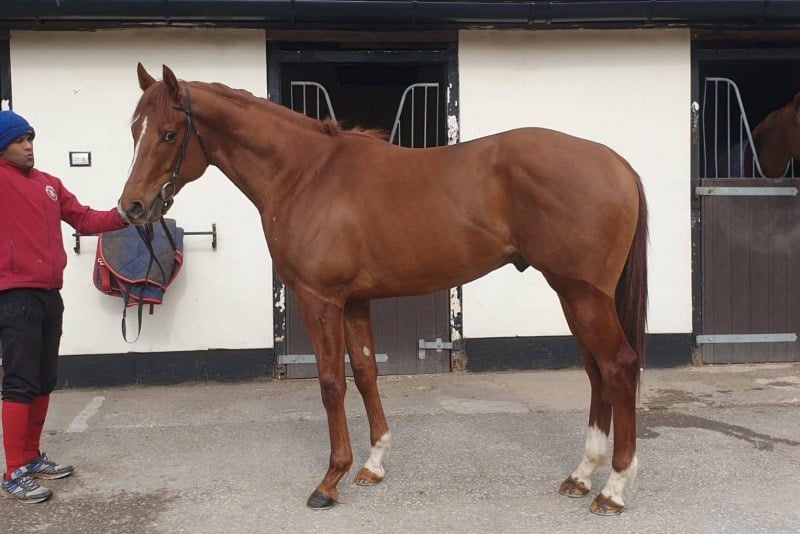 We’re back in action on Tuesday as one runner heads north to Newcastle from Kevin Ryan’s Yorkshire base.

The lovely Sound Reason is declared to run in the Betway Novice Median Auction Stakes (7.40) over five furlongs, is one of five runners, drawn in stall five and Kevin Stott is booked to ride.

Sound Reason has been in good order at Hambleton Lodge since his first start of the year last month and Kevin has been delighted with his overall well-being at home since then. Kevin reports him to be in great form on the gallops at present and although it may be he needs an extra furlong in time, he feels that he should have a big chance in Tuesday’s race with his seasonal reappearance under his belt.

On paper, Sound Reason looks to have solid claims in this race though a couple of his rivals can’t be totally ruled out. Of these, Ooh Is It was closest at the finish on his racecourse debut at Lingfield last time and connections will be expecting him to take a step forward here. He was slowly away that day and with that initial experience under his belt, he could be more switched on for this second start, making him the obvious danger.

Of the others, both Prudhoe and Yaddle have plenty of racing experience and would need to improve on their recent efforts however, the latter posted her best two efforts when wearing the hood and this headgear is reapplied for this race. If having the desired effect, she comes into calculations in receipt of five pounds from us.

Sound Reason seems to be in decent ahead of this next assignment and Kevin is hopeful that if fully effective over the five furlongs, he has every chance of being bang there in this race.

We’d like to wish all of his connections the best of luck for Tuesday’s race.