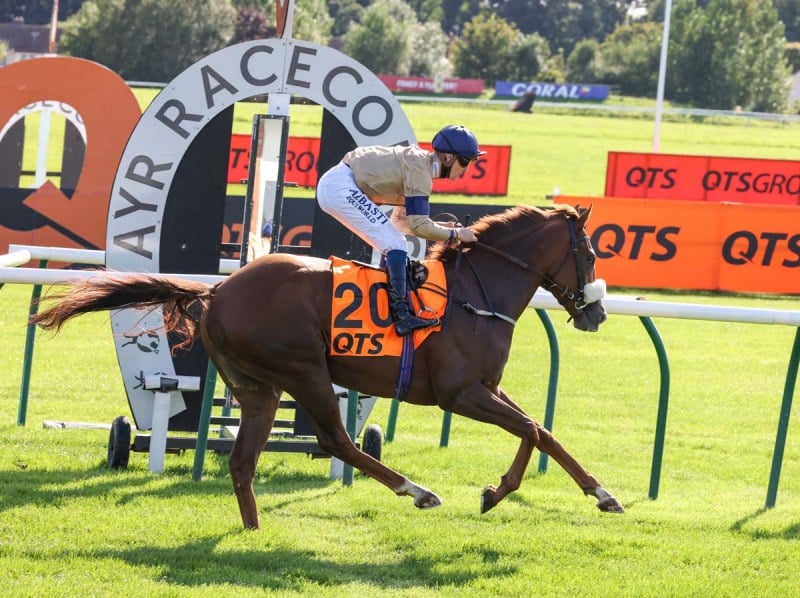 It’s a mixture of youth and experience on Saturday evening at Doncaster as two runners head there from Kevin Ryan’s North Yorkshire base.

First up is the newcomer Shaladar who makes his racecourse debut in the attheraces.com EBF Maiden Stakes (5:35) over five furlongs. He is one of six runners, drawn in stall five and Tom Eaves is booked to ride.

Shaladar has been in good nick at Hambleton Lodge as he has been prepared for his first start and Kevin has been pleased with the work he has shown on the gallops at home recently. Kevin feels that he is capable of a good showing here however, he does feel that he will come on a good deal for this initial experience.

On viewing the opposition, only the one horse has previous experience under his belt which he may well put to good use here. Tyson, a 75,000gns yearling, ran a very promising race on his debut at Newbury and with that experience in the bag, he is likely to be a leading fancy here.

Of the others, both Dr Youmzain and Al Mahmeyah warrants serious respect. They both boast strong pedigrees on paper and it would be no surprise to see either figure well here while similar comments apply to Cassiel in what looks likely to make for a quality race on Saturday.

Shaladar seems to be in great shape ahead of this racecourse debut and Kevin is looking forward to getting him started off here. Whatever he does Saturday, he is sure to take a good step forward from this opening effort.

Second to post is last year’s Ayr Silver Cup winner Magical Spirit who makes his seasonal debut in the Doncaster Free Tips Daily On attheraces.com Handicap (6:35) over six furlongs. He is one of seven runners, drawn in stall three and Tom Eaves takes the ride.

Magical Spirit has been in fine form at Hambleton Lodge in the build up to this first run back and Kevin and the team have been very happy with his overall well-being after getting another decent winter break behind him. Although Kevin feels that he will come on for his initial outing, he has run well fresh in the past and Kevin is looking forward to getting his season underway here.

It looks another small yet select field with plenty holding chances. Of these, the top-rated Danzeno is always thereabouts and although he has not won for a while, he usually runs his race and could well figure here if reproducing his effort in the Portland over course and distance last year.

Of the others, another consistent sort Aberama Gold has also scored here in the past so can’t be confidently ruled out. He ran creditably in the Sprint Final at Lingfield last time and has the edge of recent match practice while Edraak could be as dangerous as any. He has won his last two starts over this trip, is far from exposed and looks well treated here with the potential to progress further.

Magical Spirit seems to be in decent shape for his return to action in 2021 and Kevin is hopeful of a good start from him in this valuable race.

We would like to connections of both horses the very best of luck for Saturday’s races.