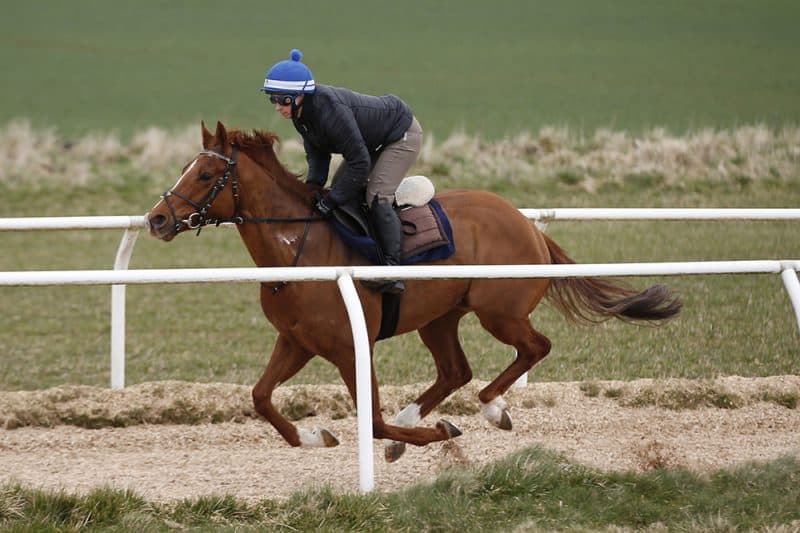 Bank Holiday Monday sees us in action at Beverley with one runner making the short journey from Kevin Ryan’s Thirsk base.

Newcastle winner Sound Reason is set to make his handicap debut in the Beverley Annual Badgeholders Handicap (2.21) over five furlongs. He is one of 15 runners, drawn in stall 13 and Kevin Stott is booked to ride.

Kevin has confirmed that he will only run Sound Reason on Monday provided the forecast rain materialises to ensure conditions are suitable for him.

Sound Reason seems to be in great nick at Hambleton Lodge at the moment and Kevin couldn’t be happier with his overall well-being since enjoying a short break after winning at Newcastle on his third start earlier this year. Kevin feels that he is feasibly treated on his handicap debut and although he expects him to come on for this first run back, he is hopeful of a good run from him here.

It looks standard for the grade with a few of his rivals holding solid claims. Of these, Coley’s Koko looks to have a strong chance and arrives here on the back of a cosy win at Musselburgh this week. She looks a progressive type and could prove to be the one to beat here if able to handle to swift return to action.

Of the others, Haveagomecca is similarly making her first start in a handicap here and also scored at Newcastle earlier in the year. Things didn’t seem to pan out for this well-related individual last time and she could have more to offer while Mokaman had a few of these behind him when runner up at Catterick. He too has been heading in the right direction of late and could have his say if able to reproduce this latest effort.

Sound Reason seems to be in good form on the gallops ahead of his turf and handicap debut and Kevin hopes that he can make his presence felt here, despite an apparent poor draw to contend with.

We’d like to wish all of his connections the best of luck for Monday’s race.