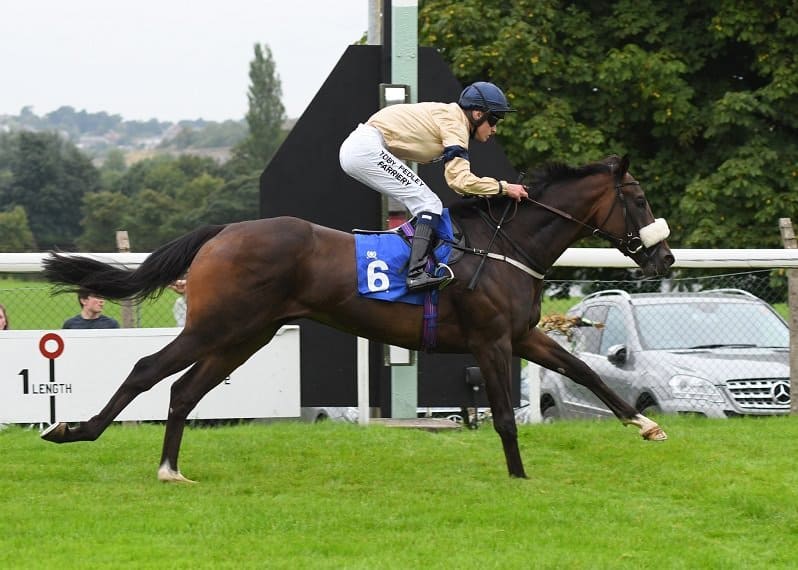 We’re in store for a bumper day of action on Saturday as five runners head to post across two meetings.

On the Doncaster card, May Blossom is the first of the day’s runners in the Unison Supporting Your Community Handicap (2.17) over five furlongs.

May is one of 10 runners in the race, has been drawn in stall two and will be ridden by Derby winning jockey Adam Kirby.

This is a highly competitive three-year-old handicap with most of the rivals arriving off the back of wins in their last two starts.

Of these, Sherdil was impressive last time, winning by a cosy four lengths, he also took the winning spot on his penultimate start and the 10-pound rise might not be enough to stop him here.

David feels May is capable of being competitive and running well here but it does look a little stronger than the recent races she has contested.

Second to line up at Doncaster is Twelfth Knight, who takes his chances in the Thompsons Acting For Unison Handicap (4.00) over six furlongs.

Twelfth is one of seven runners, is drawn in stall two and has the excellent James Doyle, who got a great tune out of him at Windsor, in the saddle.

Archie feels this looks to be the right race to aim for with Twelfth as he steps back into calmer waters, to be working well at home.

As you’d expect for a Saturday handicap, this looks a competitive affair with plenty of Twelfth’s rivals holding solid chances.

The Dunkirk Lads finished a good third at York last time out after missing the break, and will surely be thereabouts if in the same form but Archie feels if Twelfth can bring his best to the table and he can be very completive.

Last to take the stage at Doncaster is Kodebreaker who lines up in the Workers Need A Pay Rise Handicap (5.10) over seven furlongs.

Kodebreaker is one of 14 runners in the race, is drawn in stall 11 and has Shane Gray in the saddle.

Kodebreaker is said to be in good order at Hambleton Lodge as Kevin prepares him for his return to action following a minor adjustment to his breathing apparatus. Kevin feels he might just need this from a confidence perspective but is hoping for a good run all the same.

As with most big handicap fields, this looks competitive and tricky to call.

Back From Dubai won last time out at Doncaster over the mile and is one to take seriously in w wide-open race whilst in such good heart.

Switching up to Hamilton for our final runners of the day, Sound Reason is first in action in the Boe Handicap (6:20) over six furlongs. One of 10 runners, he’s drawn in stall eight, with Tom Eaves aboard.

Kevin feels Sound Reason is better than his current mark and is hoping to see him go very well here and put his latest run at Newcastle firmly behind him.

Tipperary Tiger is a previous course and distance winner who was fourth in the Scottish Stewards’ Cup earlier this month and looks a strong contender in a competitive race.

Kevin will be wanting to see a nice ease in the ground for Sound, who is yet to prove himself over six furlongs but is thought likely to stay and prove effective at the trip by Kevin. If he does stay, Sound shouldn’t be far away.

Shaladar is our final runner of the day in the German Doner Kebab Handicap (8:00) over one mile. One of nine runners in the race, he’s drawn in stall five and has his winning partner in crime, Tom Eaves aboard.

This horse has been in fine form of late and with conditions hopefully to suit Kevin feels Shaladar has a good chance of being very competitive and in the prize money again.

Smart Contender is an interesting rival. The son of Shamardal has only had the three runs and is open to considerable improvement. He makes the long trip up from Newmarket and could be thrown in.

Mi Capricho is another of strong interest. He’s well treated on recent form and has won both his previous starts at Hamilton.

We would like to wish all five horses and their connections the very best of luck for Saturday’s races.