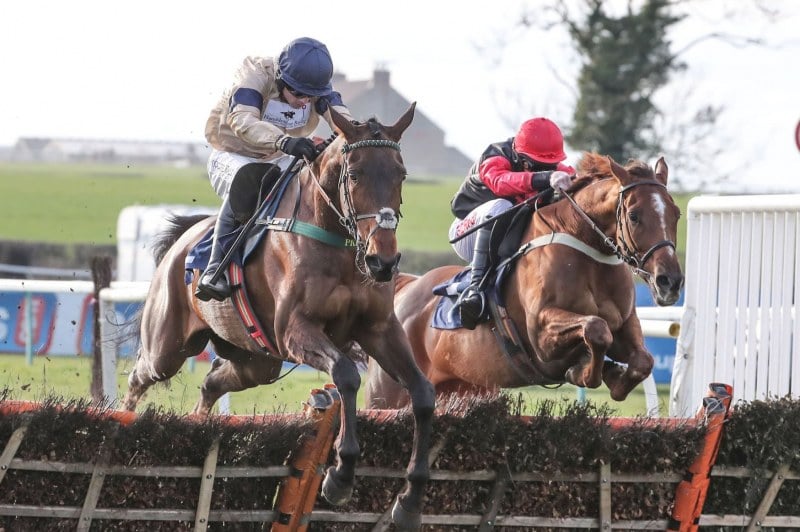 Whoshotthesheriff made it two wins from three starts over hurdles at Sedgefield on Thursday, and there is a definite sense that this is just the beginning of a great career.

The strapping son of Dylan Thomas arrived for his third start over hurdles on the back of a win at Ayr and solid second at Navan and returned to winning ways under a typically polished ride from the excellent Sean Quinlan, for whom this was a 50th winner of the season.

Sean was never too far away during the race and reported he was always confident he’d win during the race. Despite travelling all over the runner-up in the straight the Sheriff only prevailed by a length, with Sean reporting he’d hated the track, and had been slipping on his way round too.

The Sheriff actually lost a shoe on the way round but despite that and not enjoying the track he still had more than enough in hand to make it two wins from three starts over hurdles to the delight of his owners.

It will be interesting to see what Phil Kirby has in mind for him next. Whatever the immediate plans, hopes are high that there is a lot more to come from this horse as he matures into his ample frame.

Next on the agenda for the Sheriff is an appointment with his owners on Monday, as they head to Phil’s yard to get another look at their strapping five-year-old.

After a morning on the gallops owners will be heading off for lunch locally, no doubt to look back on this latest win and ponder about where his next success may be.