Imperial Sands produced a powerful, galloping performance to make the perfect start to his racing career at Kempton last night.

The classy son of Footstepsinthesand produced a galloping demolition job on his racecourse debut, despite being forced to go faster than ideal in the early stages by the heavily backed favourite.

Imperial Sands kept his momentum going and then produced a taking burst to go clear of his toiling rivals in the style of a proper horse.

Hollie was able to take things fairly easily close home as she brought home Imperial over five lengths clear of the remainder.

The performance was yet another advertisement for the skills of trainer Archie Watson, who had made no secret of how much he liked this exciting colt last year. Archie resisted the temptation to run him when he thought he’d benefit for some more time to strengthen.

The results were there for all to see at Kempton with Imperial Sands making the perfect start to his three-year-old season. His horse racing syndicate clearly have a lot to look forward to in this exciting horse who looks a quality colt after his impressive debut.

His owners can now look forward to seeing where Archie points their exciting three-year-old next. 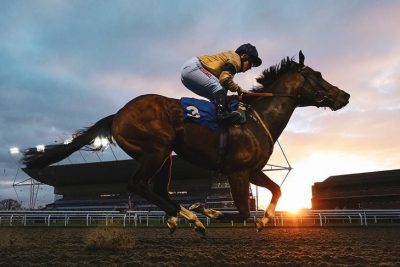