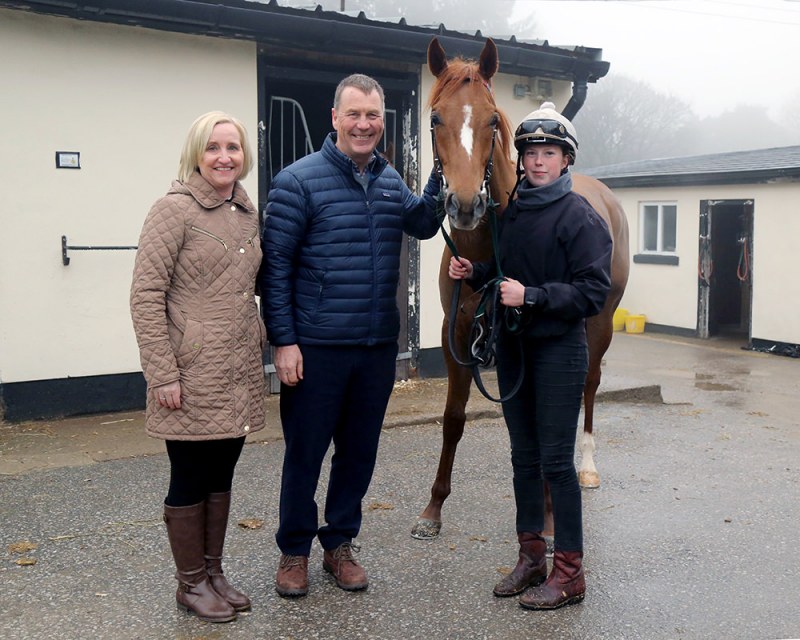 The weather might not have been the brightest, but on a dry morning on Saturday, a good time was had by all as Tinochio’s horse racing syndicate joined us at Hambleton Lodge to name their colt.

With the low-lying fog conjuring thoughts on the Sherlock Holmes classic The Hound Of The Baskervilles owners had to strain their eyes a little to see right across the yard but there was no mistaking where the main attraction was as a group of owners gathered around their colt’s box before seeing him ridden.

Ahead of the action owners took full advantage of the welcome warm drinks and baked treats provided by Rosie from The Drink Stop.

As lattes were sipped and muffins enjoyed owners prepared to leave the yard to watch their soon-to-be-named colt exercise on the gallops, under Kevin’s apprentice jockey Harriet Lees.

The son of Buratino, pictured above, was totally unfazed by his extra audience on the gallops, impressing everyone with the way he stretched out as he passed the gallery behind last year’s two-time winner Magical Spirit.

As he cantered back down at a much slower pace in the fog, owners got a closer look at their colt as he emerged on the way back down the gallops.

Upon his return to the yard, it was time for owners to get to know their horse a little better, as those all-important complimentary naming day pictures were taken.

Once owners had enjoyed the chance to see their colt and enjoyed a good look around the yard everyone headed off to the nearby award-winning Carpenters Arms for drinks ahead of the naming meal.

As ever, the excellent catering at the Carpenters went down a storm, before Helen took to the floor to announce the name Tinochio as the winner of the naming vote.

Owners toasted Tinochio with champagne while Lyn and Andy, also owners of Dandy’s Beano, Magical Spirit and Stars In The Night, received a prize bottle of champagne for suggesting the successful name.

With the main attraction looking very forward and a likely early type, Tinochio’s naming day proved a real success with an excellent atmosphere building in the Carpenters Arms as owners relaxed and discussed their horse.

We’d like to thank all owners who joined us on Saturday for what will hopefully be the first of many memorable days for Tinochio’s horse racing syndicate. 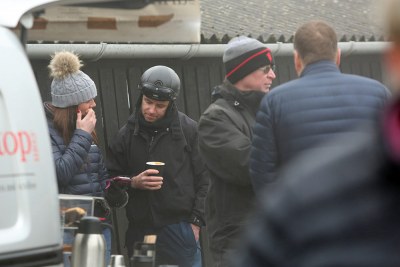 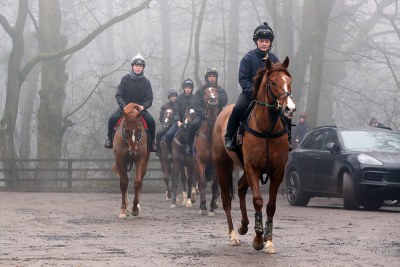 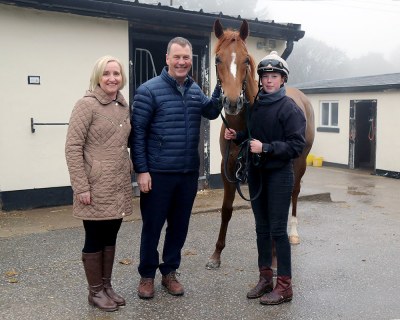