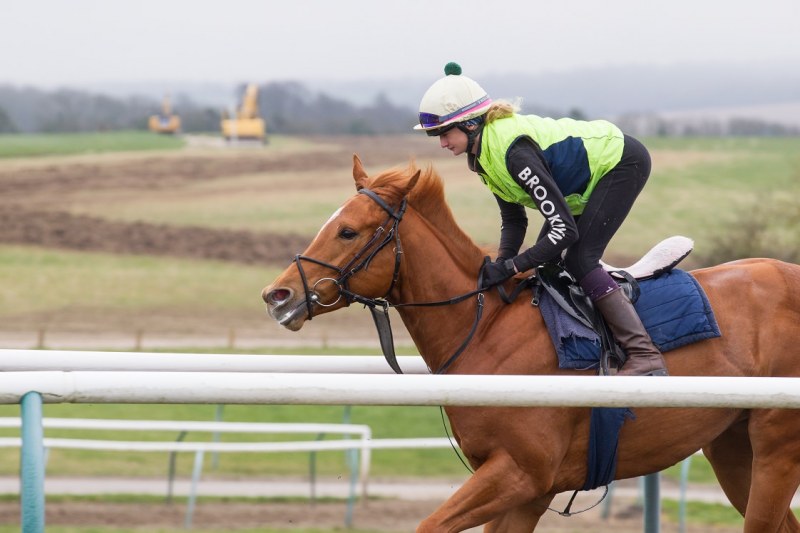 Our first ever Hambleton event in Upper Lambourn certainly went down a treat as owners arrived at Archie Watson’s ever-expanding facilities near Saxon Gate to name their filly.

As the early morning mist lifted, owners were dealt a pleasant morning in which to take in the new surroundings, set in the infamous Lambourn Downs.

Whilst owners gathered in the yard, they were treated to free coffee and baked goods as supplied by Tony at Bamboo Coffee.

As cappuccinos were sipped and muffins devoured, everyone prepared to leave the yard to watch their soon-to-be-named filly exercising on the nearby Lambourn gallops, under her regular work rider.

This striking daughter of Kyllachy, pictured above, was not at all phased by her extra audience, impressing onlookers with her easy action as she cantered past, second in the group of fillies, which were led by a small group of colts from Archie’s string, including a fellow Hambleton recruit by Footstepsinthesand.

As she walked back down the gallop to return to the yard, there was plenty of chance for her owners to see her at close quarters and she received plenty of admiring glances as they were impressed with her ever-developing physique.

Upon her return to the yard, she was more than happy to leave the other horses to come and meet her adoring public, before heading off to be groomed prior to those all-important complimentary naming day pictures.

After lapping up the attention and posing for pictures, she returned to her stable whilst the syndicate was treated to a fantastic stable tour of both yards by Archie’s right-hand man, assistant trainer Chris. His exceptional knowledge of the horses there will hopefully have given everyone some names for the notebook for the upcoming turf season.

Once the stable tour was complete, everyone headed off to the award-winning pub the Queens Arms in nearby village East Garston, for drinks and a two-course lunch ahead of the naming announcement.

The fantastic lunch was well-received by all and shortly after Hambleton’s head racing manager Cosmo took centre stage to announce the name, Moorland Spirit as the winner of the naming vote.

Owners toasted Moorland Spirit with champagne and it was seemingly a good selection for all involved. Pat and Susan, who selected the winning name, had previous form, having already been successful in naming last year’s winning two-year-old Magical Spirit, the year before.

With Moorland Spirit being so gentle to be around and plenty of good conversation and laughter throughout the day, Thursday’s event all-complimentary naming event proved a most enjoyable day for all concerned.

As Moorland Spirit is taking her racing education so smoothly so far, we’re hopeful that her owners won’t have too long to wait before the real fun begins! 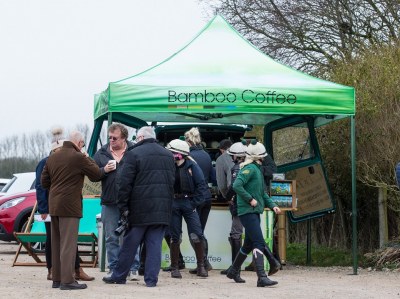 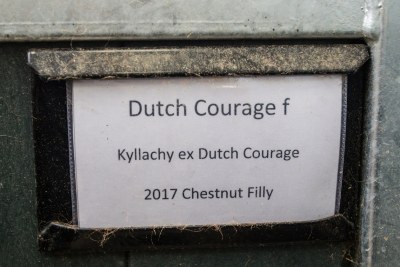 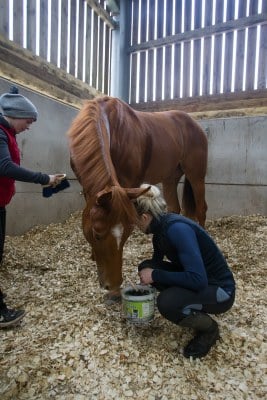 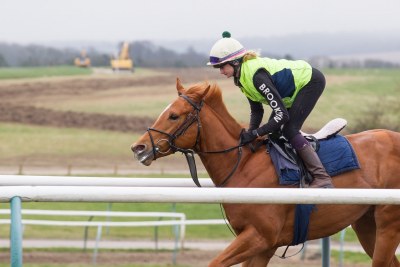 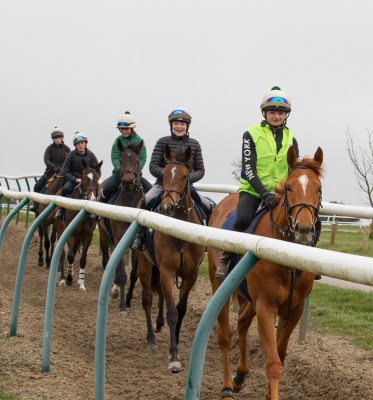 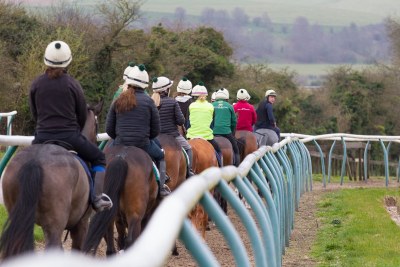 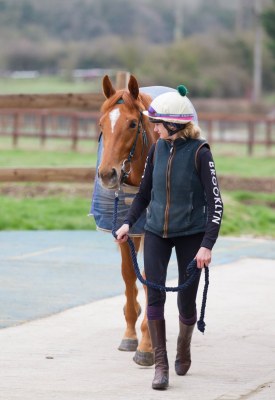 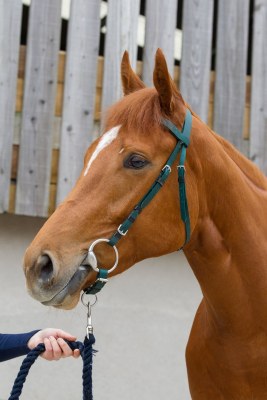 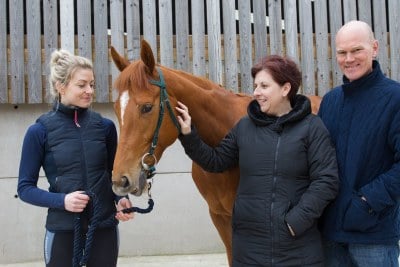