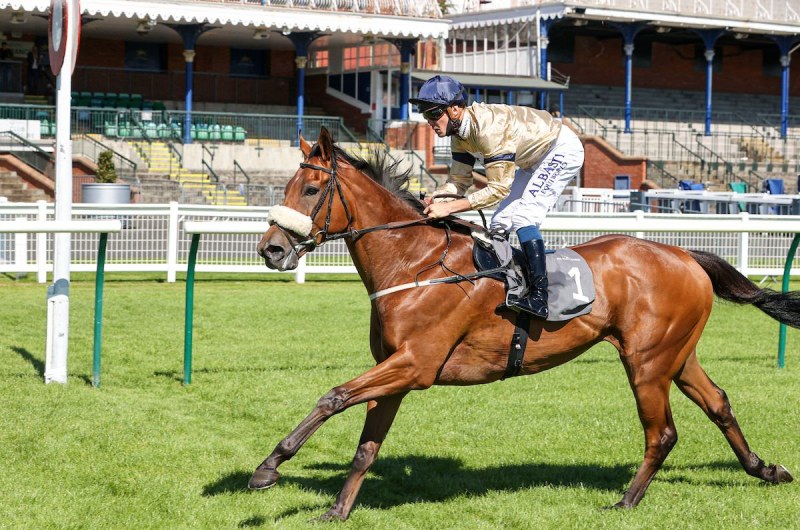 Saturday promises to be a really exciting day for a key member of Kevin Ryan’s team as Vicki Godfrey lines up aboard Soaring Star in Racing Welfare’s Clock Tower race at Doncaster, a race that offers 12 stable staff members the chance to ride in a race in aid of Racing Welfare.

To owners based with us at Kevin’s yard, Vicki will be a familiar face, as she’s regularly seen at the races and in and around Kevin’s yard.

Vicki has worked at Kevin’s yard for just over six years now. Incredibly, she didn’t start riding till she was around 20 but from then on has not looked back and says she’s “enjoyed riding many incredible horses since.”

Continuing, Vicki said “Ever since I was a little girl, I would listen to my dad’s stories of when he used to ride in point to points. The thought of being able to ride in a race was just a dream and not one I ever thought would come true.”

However, when Vicki turned 20 she decided to follow in her father’s footsteps and began working in racing, learning to ride and finding out about the industry. Nine years down the line she has the chance to make her dream come true.

Looking ahead to Saturday Vicki said “I can’t wait to ride Soaring Star and hopefully make my dad proud, as all he has only ever wanted was to watch his little girl ride in a race on my home town track of Doncaster.”

It’s already been an incredible year for Vicki who enjoyed her favourite racing moment to date this year when saddling her first Group 1 winner Emaraaty Ana in the Sprint Cup at Haydock.

Pulling on a set of racing silks and heading to the start at Doncaster will be a special and exciting moment and will hopefully create more special memories for Vicki and her family.

So, what chance Soaring Star? He arrives in great form having won and finished close-up in his last two races. The ground and track should suit him well so it’s just possible he could give Vicki the ultimate thrill on Saturday.

Saturday’s race is of course in aid of a great cause - Racing Welfare, and marks the end of Racing Staff Week, which is now in its fifth year and recognises the contribution of the industry’s entire workforce, from stud and stable staff, to breeders, racecourse staff, administrators and everything in between.

Vicki is fund raising for Racing Welfare and is very close to raising her target of £2,000. She’s putting everything into her fund raising and is hoping to smash through that barrier by the time of Saturday’s race at 5.25.

If you’d like to support Vicki and a wonderful cause in our charity partner Racing Welfare you can do so via Vicki’s Just Giving page here. We'd love to help Vicki raise as much as possible so please do give generously if you can!

We’d like to wish Vicki and Soaring Star all the luck in the world as they head out on to Town Moor on Saturday afternoon. We’ve been stressing the main thing is to enjoy the experience but Vicki being Vicki, she’ll be giving it absolutely everything to finish in the best position possible.

Who knows, maybe a dream could come true? Let’s hope so! 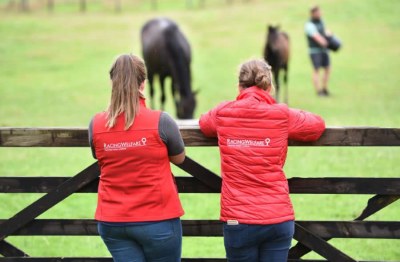 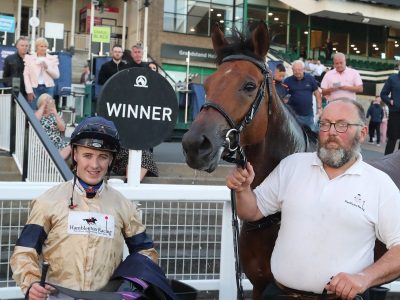