With the first trip to Upper Lambourn a resounding success, our owners were eagerly-anticipating the next venture to Archie Watson’s Saxon Gate stables to name their colt by Footstepsinthesand.

A bright and fresh morning greeted owners at the yard, set just a stone’s throw away from the spectacular Lambourn Downs, as they gathered within Archie’s ever-expanding facilities.

Whilst owners arrived in the yard, they were supplied complimentary coffee and continental pastries as supplied by James, who had made the journey north from Bournemouth to ensure everyone was well-catered for.

As americanos were sipped and pain au chocolats devoured, Archie himself appeared to welcome owners to his set up and give them the latest lowdown on, in Archie’s own words, the best looking two-year-old colt he has.

With an unexpected dismount up on the gallops leaving the team running slightly behind time, Archie suggested their stunning son of Footstepsinthesand be brought out ahead of exercise for his owners to view at close quarters.

He seemed to lap up the attentions of his audience as he stood rock-still posing for his admiring owners. With time allowing, he continued to willingly pose for photos ensuring that some great shots were captured for those all-important naming day pictures.

Once the photo shoot was complete everyone prepared to leave the yard to watch their soon-to-be-named colt exercising on the nearby Lambourn gallops, under his regular work rider.

This striking son of Footstepsinthesand, pictured above, was not at all phased by his extra audience, impressing onlookers with his fluid action as he led the string as they cantered past on two occasions. Within Archie’s string was a group of fillies’ including fellow Hambleton recruit Moorland Spirit, who too seemed very relaxed and professional as they went about their regular training regime.

Upon his return to the yard, he was tended to by his lad whilst the syndicate was treated to a brief stable tour by Archie’s right-hand man, assistant trainer Chris. His extensive knowledge of the horses there will hopefully have given everyone a couple of pointers for the notebook however, with the flying start Archie’s horses have made, he couldn’t be certain there was any value to be had!

Once the stable tour was complete, everyone headed off to the award-winning pub the Queens Arms in nearby village East Garston, for drinks and a two-course lunch ahead of the all-important naming announcement.

The delicious lunch was much-appreciated by all and shortly after Hambleton’s head racing manager Cosmo took centre stage to announce the name, Dramatic Sands as the winner of the naming vote.

Owners toasted Dramatic Sands with champagne and it was seemingly a popular choice for all involved. Katie, who selected the winning name, is the daughter of new owners with Hambleton, Brian and Angela and they were delighted to be off the mark at the first attempt!

With Dramatic Sands being so mild mannered to be around and plenty of good conversation and laughter throughout the day, Saturday’s event all-complimentary naming event proved a most enjoyable day for all concerned.

As Dramatic Sands is due to have his fast work intensified as we head through the Spring, we’re hopeful that his owners won’t have too long to wait before the real fun begins! 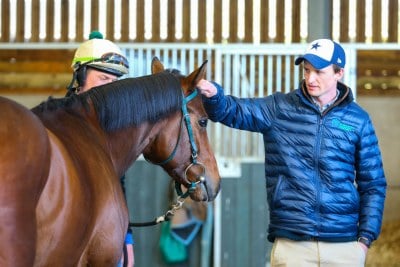 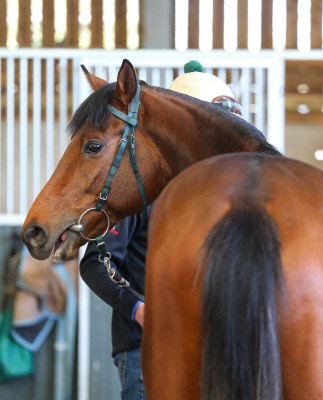 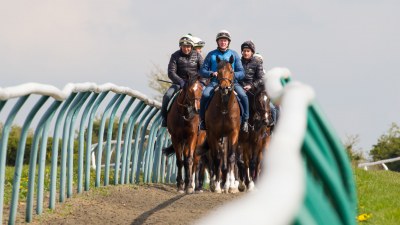 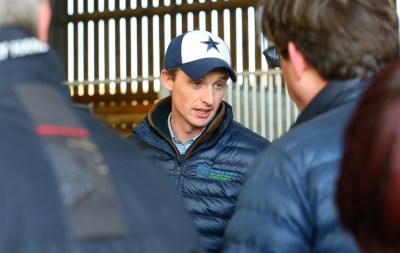 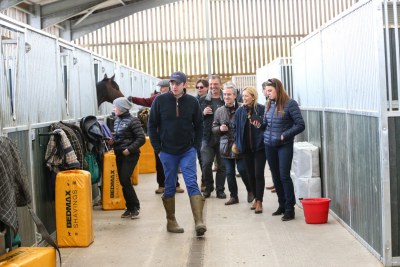